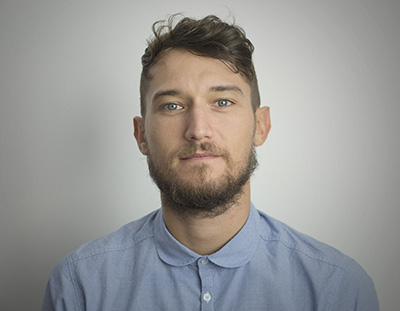 A.P. obtained his PhD in Neuroscience, experimental psychology and linguisics in 2014 at the University of Milano Bicocca, defending his thesis titled “Investigating the neural correlates of word production by means of tDCS”. During his PhD he focused his research on the cognitive structure and neural correlates of word retrieval and production, episodic memory and proper naming, by applying non-invasive brain stimulation techniques, such as tDCS tACS and TMS before or during cognitive tasks. At the moment he is further investigating these topics by applying TMS-EEG recordings to track network changes induced by electrical current applications at the neurophysiological level. He is thus studying cortical plasticity induced by non-invasive brain stimulation techniques in healthy and clinical population, with particular interest in language networks and language recovery in stroke patients.He also investigates plasticity in healthy subjects with peculiar abilities, such as synesthesia, to test how their cortical networks differ from common people ones. Cortical reorganization is investigated also in oncological patients undergoing brain surgery for tumor removal, by studying how their neuropsychological evaluation evolve with their clinical history, and by correlating their cognitive abilities with tumor extent and location.Finally, he has been recently involved in Neuroeconomics studies, in which he investigates neurophysiological correlates of economic games.

Since January 2015 he is post-doc research fellow at Psychology department of the university of Milano Bicocca.

Guess who? Investigating the proper name processing network by means of tDCS

Localizing the effects of anodal tDCS at the level of cortical sources: A Reply to Bailey et al., 2015